This story from 1951 is clearly influenced by the Bugs Bunny cartoon "Rebel Rabbit" (Robert McKimson, 1949). As usual, the story has no writer's credit. The fox concept at the end  isn't too far off from a Friz Freleng cartoon from 1952, "Foxy By Proxy". The connection between both of those Bugs Bunny cartoons is writer Warren Foster, who wrote a lot of great cartoons in the late 1940's and early 1950's for both McKimson and Freleng. Since Foster was so active at the studio during this period, and other Warner writers and animators did work for Western Publishing, it's not too much of a stretch to peg Foster as the writer here. Whatever the connection, it's a funny story, and one of the few times in the comics where we see Elmer Fudd out hunting! 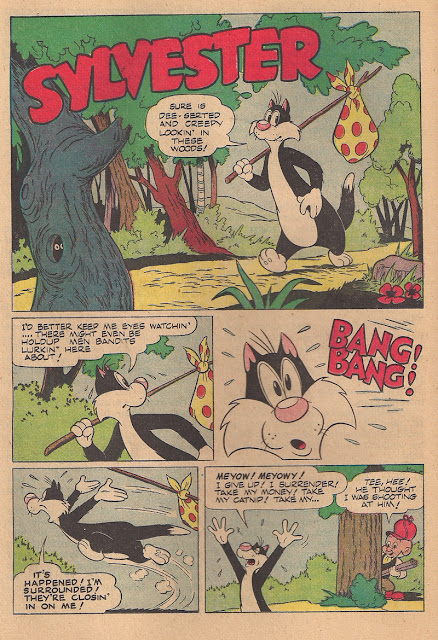 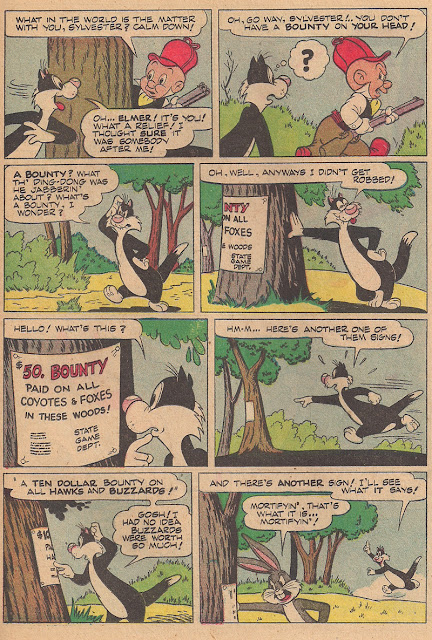 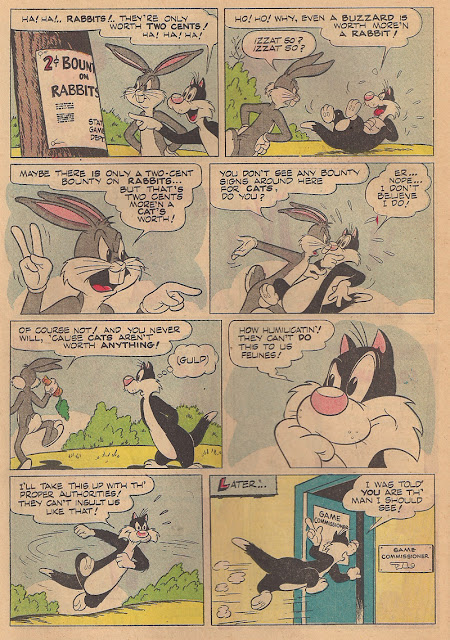 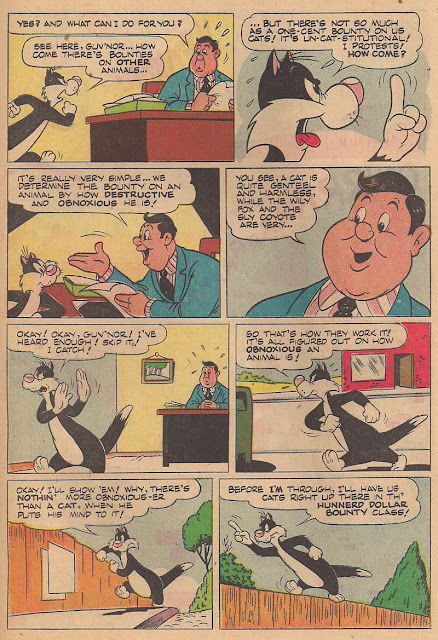 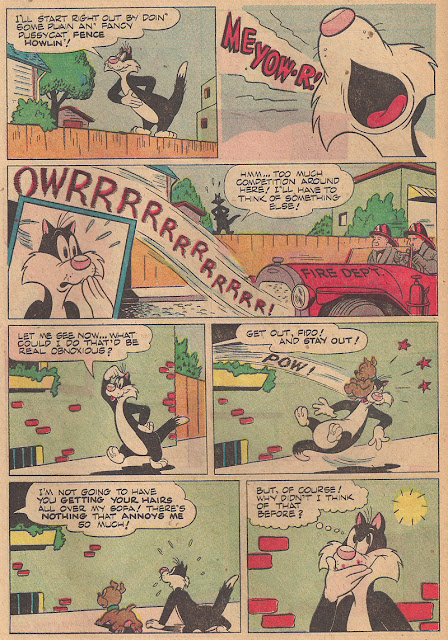 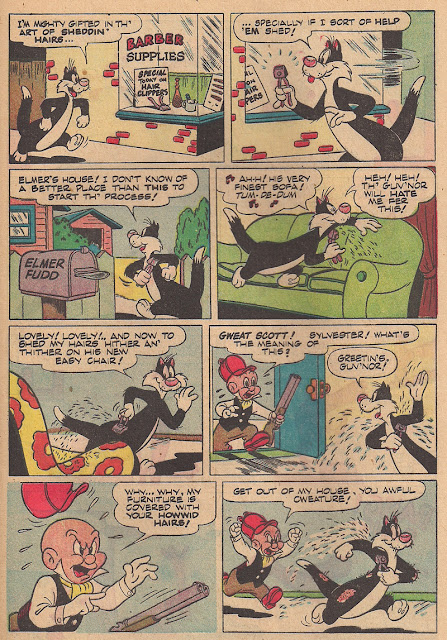 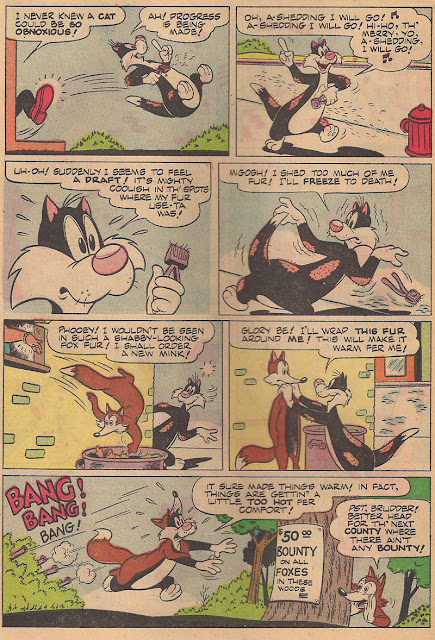 Posted by Matthew Hunter at 4:14 PM